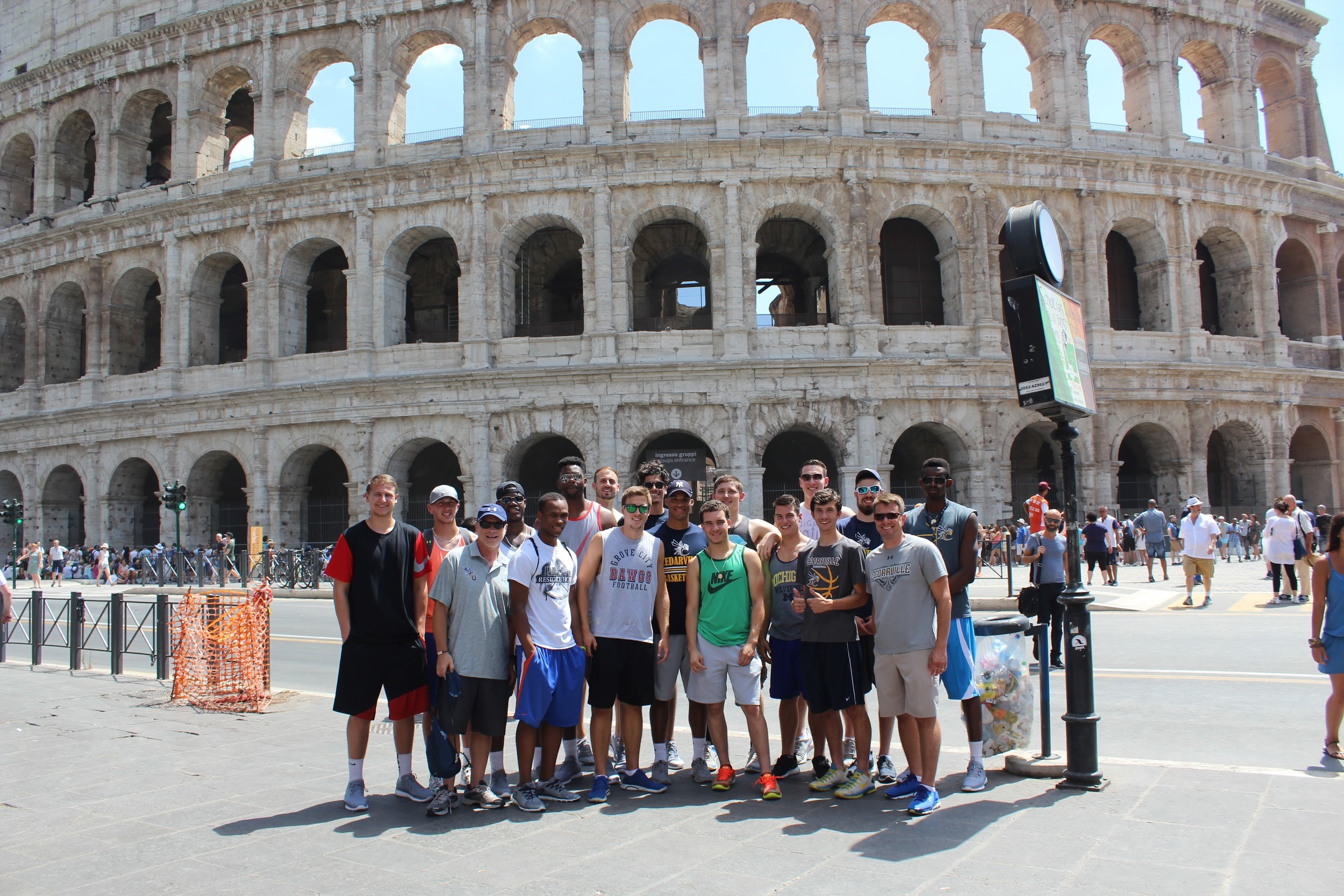 Rebecca Baker, Associate Professor of Theatre, was joined by theatre students Gabrielle Bauman and Ranae Haskins, along with another Cedarville student, Nicole Terrell, and Dr. Patrick Oliver’s daughter, Brittney, in a community drama ministry October 28. They performed Grace Changes Lives, written by Rebecca for the Pregnancy Resource Clinic of Clark County’s fundraising event. They enacted stories inspired by real women struggling with addiction, guilt, poverty and other issues as they decide between the choices of keeping their babies, abortion, or adoption. On a theatre-in-the-round stage in the Hollenbeck Bayley Conference Center, the cast performed for lunch and dinner with a combined total of more than 700 guests!

Dr. Angelia Mickle attended the annual Organizational Leadership Network Program at the American Association of Colleges of Nursing Conference in Washington, D.C., October 27–November 1. She attended a Commission on Collegiate Nursing Education accreditation workshop while there.

Julie Deardorff, Director of Library Collection Services, was presented with the prestigious Jay Ladd Distinguished Service Award, given to one ALAO member each year. The award recognizes her work with the Cedarville University library career and development program and her leadership with the library internship. This is the highest award given by ALAO.

Dr. Roger O’Neel, Associate Professor of Worhip, presented two seminars at the Declare Dayton Worship Workshop on October 22.  The area-wide worship event was for worship pastors and teams from the greater Miami Valley area. Roger’s topics were “Leading on Empty” and “Engaging Your Congregation in Worship.” Caleb Ingram, a Cedarville University graduate, is directing the Declare Worship Community.

Dr. Jeremy Ervin, Dean, School of Education and Associate Professor of Education, presented a keynote session titled “The Mindset of the 21st-century Learner” and three workshops at the Mid-America Region Association of Christian Schools International’s Professional Development Forum in Minneapolis on October 20-21. The sessions titles were:

Dr. Kevin Sims, Professor of Political Science, gave a workshop at the Ohio Association of Regular Baptist Churches fall conference in Smithville, Ohio, on October 25. The topic for his workshop was “God and Politics: In Whom Do I Trust?”

Erin Shaw, Instructor of Women’s Ministries, published an article in the Journal for Discipleship and Family Ministries titled “Male Leadership in the Church Brings Honor and Not Destruction to Women.” This paper shows the authorship and purpose of the pastoral epistles as significant to understanding a complementarian position on male leadership in relation to women, traces the specific responsibilities of male leadership toward women in their congregation, discusses what each responsibility is, and demonstrates how each of these responsibilities celebrate the differences in the genders, but do not diminish the worth of women.  (JDFM, 4/2)

Dr. Steven Winteregg, Professor of Music, had his compositions performed in October in concerts presented by the Greenville Symphony Orchestra (South Carolina), the Columbus Ohio Discovery Ensemble, and the Dayton Philharmonic Orchestra. His orchestral composition “Danzas” was accepted for publication by the Lauren Keiser Music Publishing Company.

Curtis Cline, Director of Online Student Success, co-authored an article titled “Globalization, Values Management, and Interpretations of Integrity in Higher Education: Perspectives from the Kingdom of Cambodia.”  This article is included in the inaugural volume of the Wailailak Journal of Asian Studies (2016, March). Link:http://wuasianjournal.webs.com/volume-1

Dr. Nelson Henning, Chair of the Department of Social Work, presented a workshop at the North American Association of Christians in Social Work conference in Cincinnati in November. His workshop, “Student Integrity in the 21st Century,” addressed the use and abuse of technology in higher education.

George Huff, Professor of Social Work, presented “Exploring the Professor-Student Relationship After Life-Threatening Trauma” at the North American Association of Christians in Social Work conference in Cincinnati in November. Faith, vulnerability,  and transparency were examined as important themes for creating teachable moments for students.

at the Great Lakes Users’ Group in Frankenmuth, Michigan, on September 19. Michael McCoy, Programmer/Analyst, also presented “How Can I Integrate my Application with Colleague Effectively?  SDK! SDK!” at the conference. Both presentations demonstrated Cedarville’s use of Ellucian’s software for Colleague, our student information system. Larry Scott, Programmer/Analyst, also attended the conference.

Northampton Print & Book Fair on October 2 in Northampton, Massachusetts. They were one of eight artists to be selected from the national open calls.

Mark Weinstein, Executive Director of Public Relations, was a panelist at the “Professional PR Roundtable” hosted by the Dayton Public Relations Society of America. The panel focused on generating media exposure for clients and organizations.