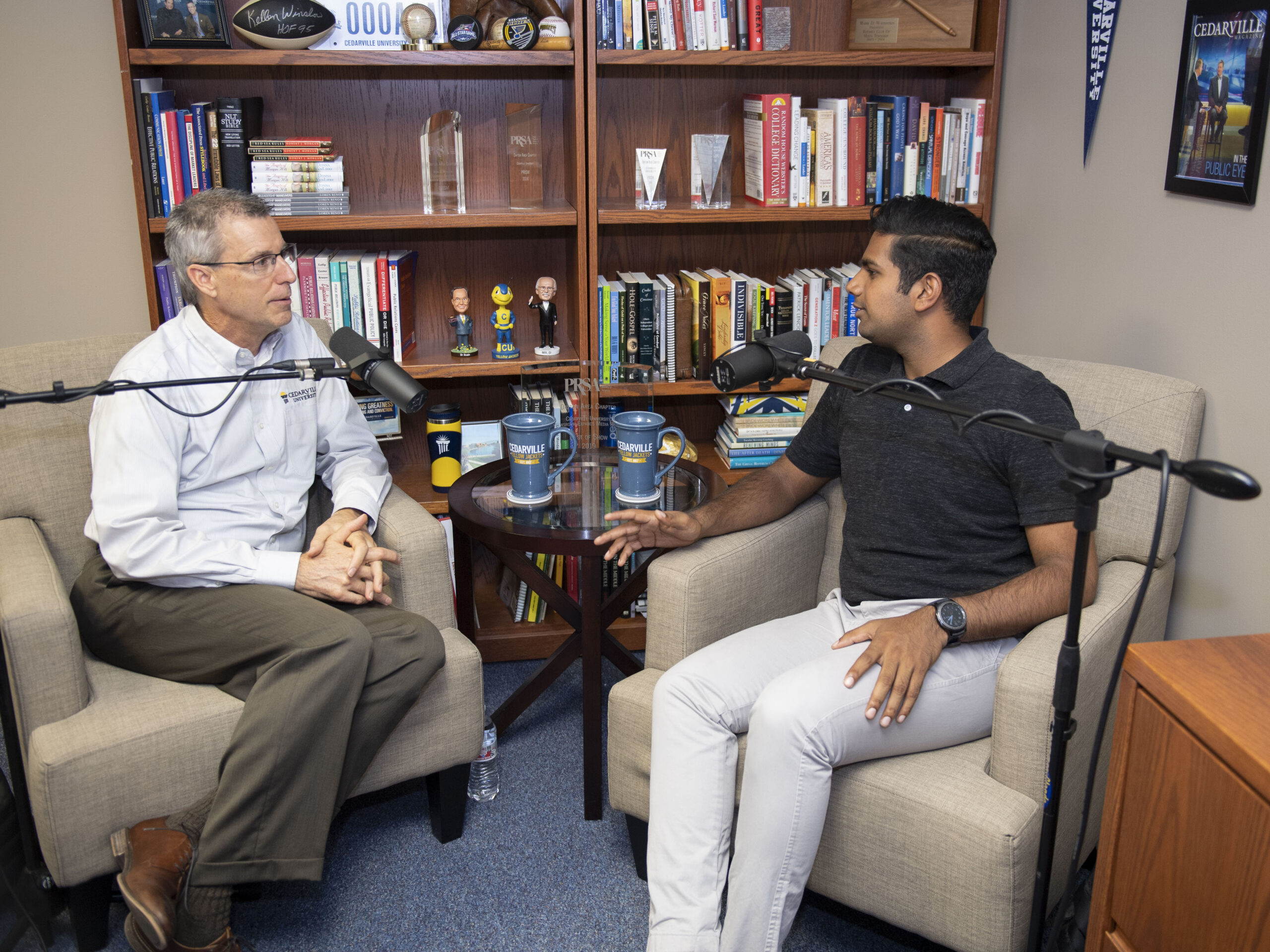 Mission to the (United) Nations

In this holiday rebroadcast, we get reacquainted with a remarkable young man we first met on the Cedarville Stories podcast back in January of this year.

Rufus Mathew grew up in Bahrain and never heard of Cedarville University. So how did he end up on the other side of the globe at this school in the cornfields? After all, Bahrain and Cedarville are a mere 7,000 miles apart and 20 hours by plane from one to the other.

Rufus’ story is a testimony to the Lord’s amazing work of bringing students to campus. He decided to study cybersecurity at Cedarville, a program recognized by the U.S. National Security Agency (NSA). Remarkable, right? Sure, but then consider where his sights are set for his career — the United Nations.

Rufus completed a very selective internship at the U.N. during the summer of 2019 with students from top-tier programs around the world. Learn more about this surprising, globe-trotting student who believes he is called to represent Christ on an international stage.

Rufus is majoring in computer science – cyber operations at Cedarville, which has been recognized as one of only 20 programs in the United States that meets the National Security Agency’s rigorous education standards.