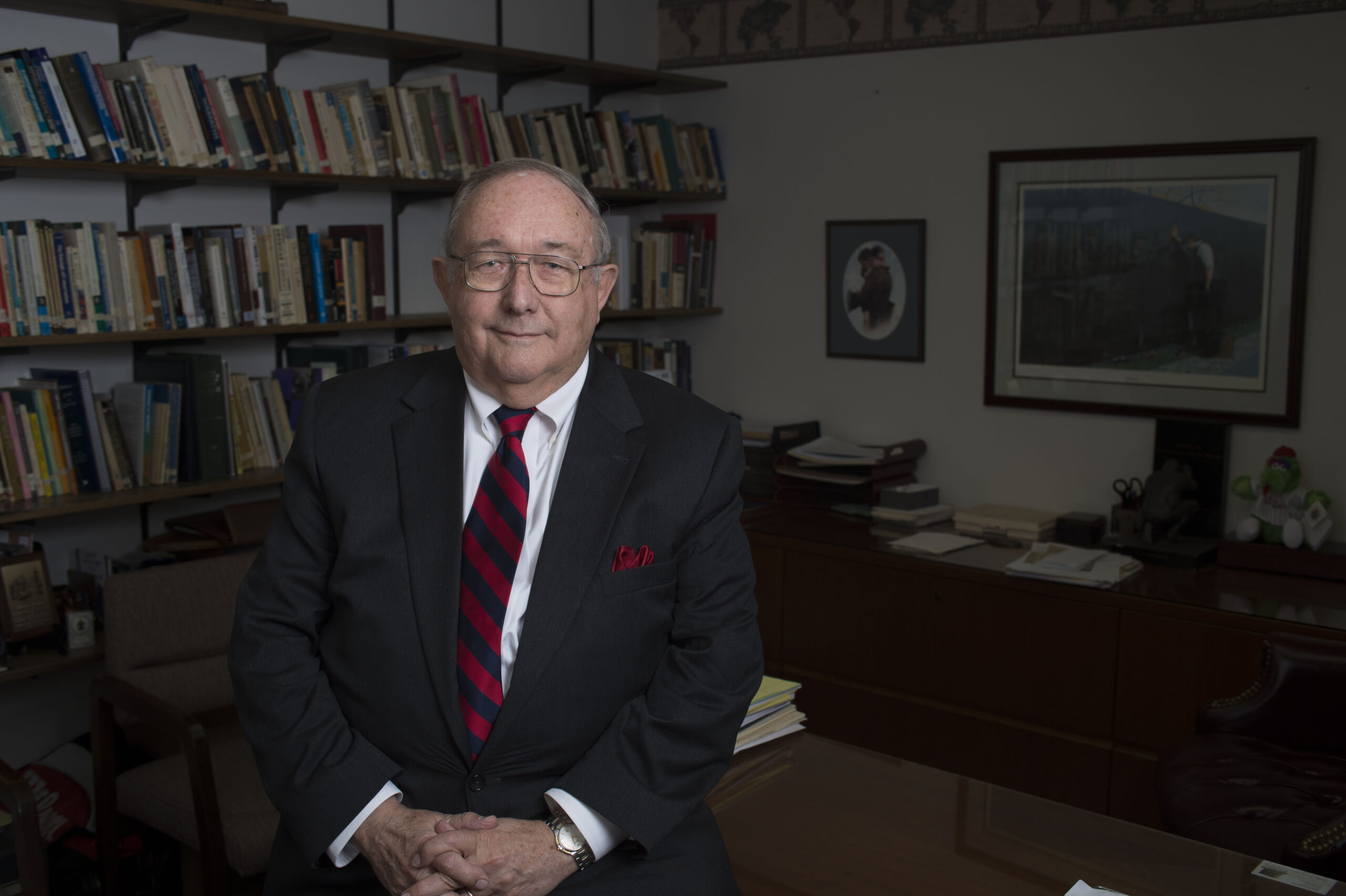 For the last 55 years, Dr. Murray Murdoch has faithfully taught, coached, and inspired students, faculty, staff, and the leadership of Cedarville University.
Murray has many legacies: men’s tennis coach who led his teams to 563 victories over 29 years; fearless advocate for biblical justice and racial equality; distinguished professor of history and former chair of the Department of History and Government.
But the legacy that inspires Murray the most was his effort to ensure that every academic discipline is taught from a biblical worldview. For Murray, having a campus where every concept is run through the grid of biblical truth, leading to a biblical worldview, is the most meaningful legacy of all.
“There is no such thing as a neutral fact,” explained Murray during the podcast. “All facts pass through the worldview of the person teaching. How can you be a Christian, teaching at a Christian school, and not have a worldview that’s Christ-centered? It’s all part of the warp and woof of who we are, whether we’re historians, scientists, or Bible professors.”
Dr. Murdoch rearticulated the University’s historic stand against racism in a written statement issued after the tragic death of George Floyd.